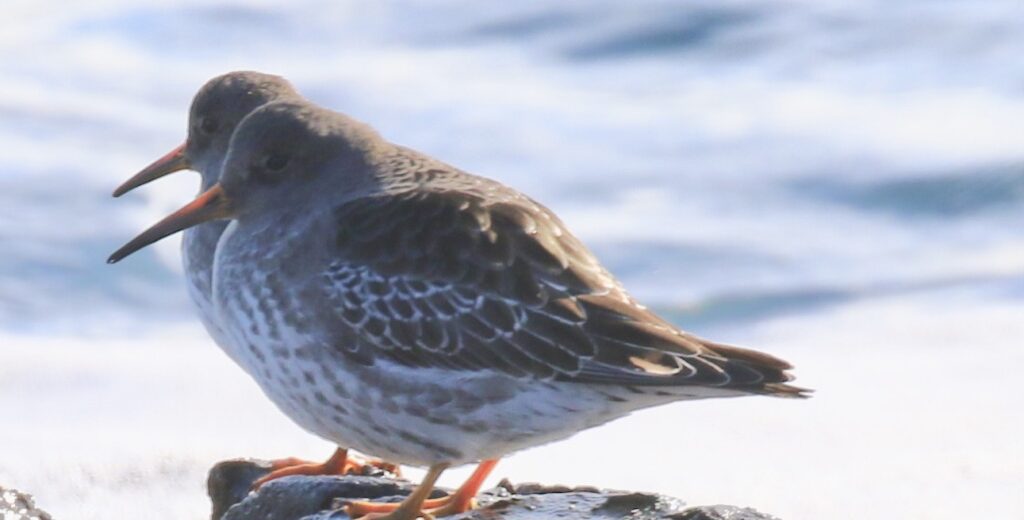 This year will feature a full and year-round schedule of Schoodic Institute bird tours, with two brand-new tours and a special workshop.

Winter Birds of Acadia opens the program year with an emphasis on wintering waterfowl along the park loop roads and includes stops at known land bird hotspots and lookout areas for raptors.

An exciting new workshop, Ornitherapy, with author and guest instructor Holly Merker, is offered on two separate days in May. Holly then teams up with Bird Ecology Director Seth Benz to debut a new tour featuring the return of wood warblers and other songbirds, Spring Birding in Acadia.

Summer tours (June through August), include Acadia’s Birds by Land & Sea and Acadia’s Birds & Whales, both with boat cruises. Winged Migration is offered in late summer when area beaches flood with migrating shorebirds, and the offshore waters fill with pelagic species. Great and Sooty Shearwaters and Wilson’s Storm-petrels which nest on islands in the Southern Hemisphere leave before their winter sets in to summer here in Maine. Concurrently, subarctic breeders begin winging their way to their wintering areas in August and September. Jaegers harass the gulls and shearwaters. Skuas can be seen on rare occasions. And, Red and Red-necked phalaropes congregate in mixed swarms near where whales feed. Winged Migration allows you to witness this great spectacle.

Downeast Birding Hotspots is a new tour offered to see a variety of songbirds using Maine’s coastal forests as stopover or migratory refueling stations. At the same time, waterbirds can be seen streaming through or settling into the region as summer yields to fall and winter looms. In October, the waters of Schoodic Point are filled with migrating waterbirds: loons, sea ducks, and cormorants. A variety of other species may be seen during Seabirds at Schoodic Point, including falcons, jaegers, gulls, shorebirds, and songbirds. 2022 marks the seventh season of daily monitoring of this phenomenal autumn flight, and workshop participants will contribute to this scientific effort by helping spot birds and documenting the flight.

Additionally, check out the links to Sabrewing Nature Tours and Audubon’s Migration and Monhegan Island, two separate programs in which Seth will be a guest instructor.