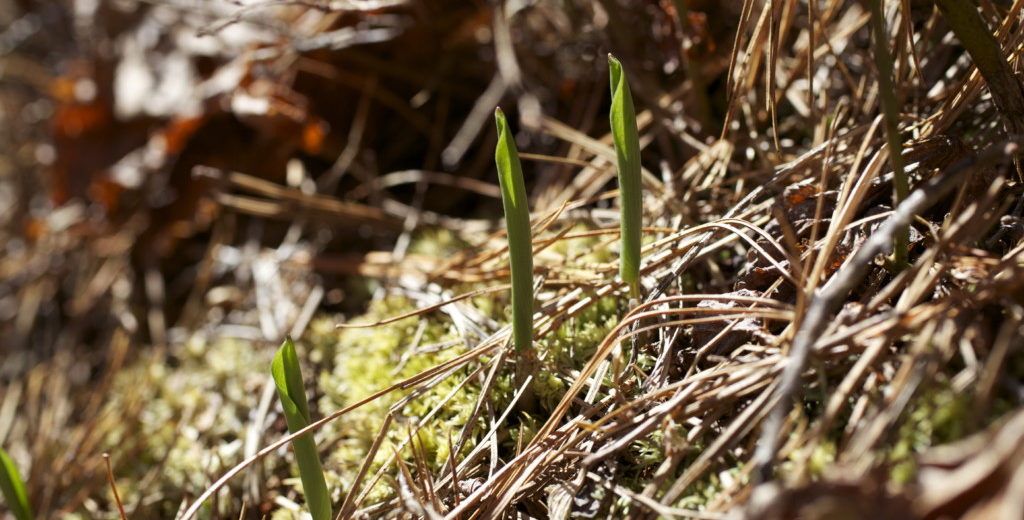 Plants in Acadia National Park follow the spring. With each degree of temperature increase, plants bloom two to six days ahead of those in cooler locations

Caitlin McDonough MacKenzie, lead author of the study, published today in the journal Ecosphere, said it’s not surprising to see plants shifting their leaf out and flowering with spring temperatures. “We see this over and over again in other places and other species,” she said. What was surprising was that these findings are the result of an innovative data collection method.

Typically, studies of climate change rely on comparisons to historic observations from long-term data sets or old field notebooks like those of Henry David Thoreau, which have been used for other studies by McDonough MacKenzie and her co-authors, Abraham Miller-Rushing and Richard Primack. National Park Service managers wanted to identify potentially vulnerable plants in Acadia, but the park didn’t have decades of flowering and leaf-out observations. Such records are rare, and the scientists wanted to find a faster, easier way to track plant phenology. Could the range of temperatures on the mountainsides of Acadia National Park, which rise from sea level and reach heights over one thousand feet, serve as a substitute for early or later springs?

Using hiking trails as monitoring “transects,”  McDonough MacKenzie hiked three mountains (Cadillac, Pemetic, and Sargent) in Acadia repeatedly over four years. She and her field assistants recorded over 20,000 observations of temperature, flowering, and “leaf out” for thirty different plant species that grow at all elevations, such as lowbush blueberry, bunchberry, and starflower.

They found plants blooming earlier in locations that warmed up quickly in the spring.

“It’s not as simple as the bottom of the mountain leafs out, and then spring evenly spreads uphill,” she said. “Sometimes high elevation sites or northern-facing sites have warmer temperatures. Wherever they are in any given year, the warmest sites are most likely to see the first leaf out and flowering.”

The timing of leaf out and flowering is tied to interactions like herbivory and pollination, and influences management actions, including invasive species control. Other studies have shown that a plant’s ability to track spring temperatures and advance flowering in warmer years is correlated with population persistence, while plants that do not track spring temperatures are more likely to decline in abundance. Most of the species the team studied tracked changes in temperature, but starflower did not, suggesting that it may be vulnerable to future changes in climate in Acadia.

“Most protected areas don’t have long-term data, but this trails-as-transects approach could generate the necessary data in just a few years,” said Miller-Rushing, Science Coordinator for Acadia National Park.

According to Primack, professor at Boston University, the use of trails and environmental gradients can efficiently collect data that scientists and managers need, and they designed the study to follow popular trails, so that volunteer citizen scientists—hikers—could continue observing flowering and leaf out. Their results suggest the potential power of data collected by volunteers, such as those visiting the Downeast Phenology Trail coordinated by Schoodic Institute.

Ultimately, McDonough MacKenzie and her coauthors think their intensive monitoring—hiking the same trails over and over again—can be replicated in Acadia and other protected areas with environmental gradients to quickly build robust datasets for land managers.