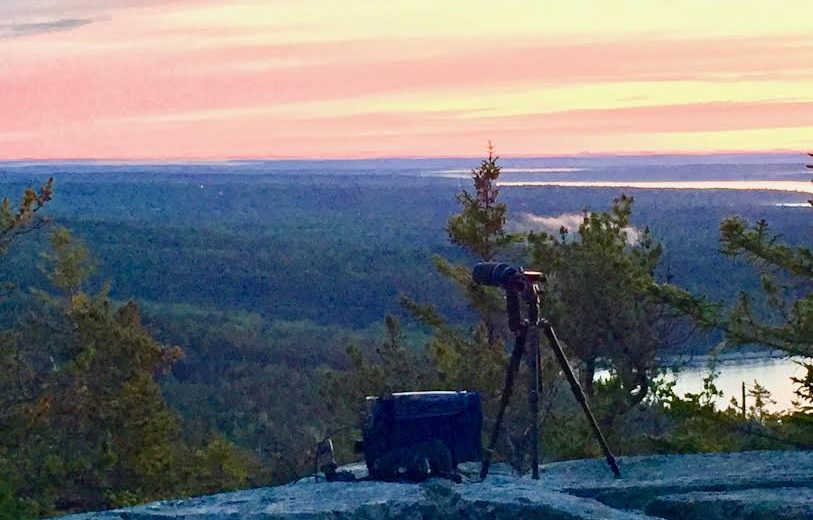 For the past four years, Laura Sebastianelli has been coming to Schoodic Institute during the month of June from her home in Virginia.  Her mission is to record the songs and calls of the birds of the Schoodic Peninsula, part of a larger project to build a bird vocalization library for Acadia National Park. 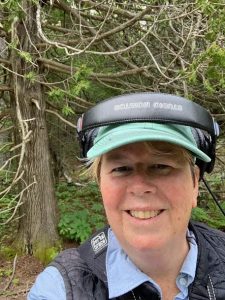 Laura had arranged for housing in one of Schoodic Institute’s private suites. During previous June trips, campus lodging was merely a place to catch some sleep in between recording stints at odd hours of night and day, sometimes far afield. This year, however, upon arrival Laura had to quarantine for 14 days, in compliance with the state’s emergency COVID-19 order.

The quarantine forced her to stay on the immediate campus, something she had not done before in terms of getting field recordings.  She wondered whether she had made a mistake in coming to Maine. The thought of losing half of the precious field season weighed heavily on her mind.  But she soon discovered that the campus was full of bird life.  In fact, with campus devoid of the typical numbers of seasonal staff and visitors, human sounds were quite mute. Birds song and calls were heightened and plentiful.

Over the length of the quarantine, during short daily campus forays and the occasional walk along the Sundew Trail, Laura amassed an impressive bird checklist of 44 birds in 14 days.  Here is her list:

Learn more about Laura’s work and the Sounds of Schoodic.
Your donations support our Bird Ecology program.