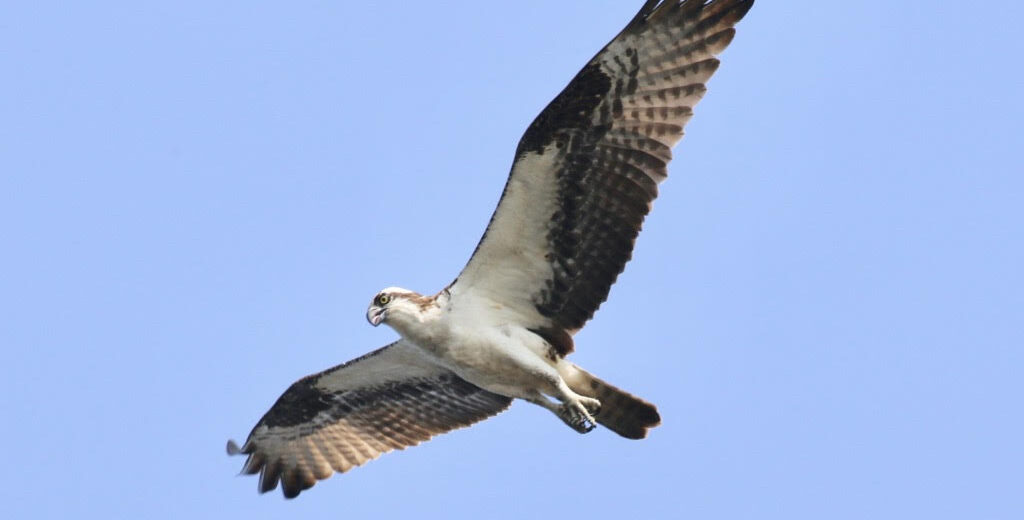 2021 marked the 27th year of the Hawk Watch atop Cadillac Mountain at Acadia National Park.  This was also the eighth year of a collaborative partnership between Schoodic Institute and Acadia National Park. We documented a total of 2,349 hawks during 225 hours of total observation accrued during 47 days of coverage, a yield of 10.4 hawks per hour. We submitted daily counts, reported in hourly increments, to an online database www.hawkcount.org, which is administered by the Hawk Migration Association of North America (HMANA).

The total of 2,349 hawks ranks as the sixth-lowest count in the location’s 27 years of effort. The consistency of the hawk watch is due to a dedicated group of volunteers. As was the practice in 2020, due to Covid-19 restrictions, mask wearing and social distancing was the norm on the lookout. The Lead Volunteer was Carol Thompson. Angi King-Johnston counted as often as she could. Spotters included Jim and Kathy Zeman, Holly and Monty Evans, and Chris and Joe Ferrara.  Acadia National Park interpreters were present on two days per week during the last week of August through September, helping to greet and orient more than 2,000 visitors.

A single Black Vulture was observed with a group of local, non-migrating Turkey Vultures but could not be officially recorded as a migrating bird on the single day it was seen.  The species has yet to be recorded as an official migrating bird at Cadillac Mountain Hawk Watch.

We did not observe Red-shouldered Hawk, Rough-legged Hawk, or Golden Eagle this season.

Cadillac Mountain Trend Graphs that follow were generated by Birds Canada and the Hawk Migration Association of North America.  Turkey Vulture and Bald Eagle are on an upward or increasing population trend. While Sharp-shinned Hawk and American Kestrel, two of Cadillac Mountain’s most numerous annual migrating species, reveal downward population trends, respectively. For both species in decline, researchers suggest a range of possibilities including loss of habitat, less food, fewer nesting spots, exposure to pesticides, climate change, and increased predation by other hawks. 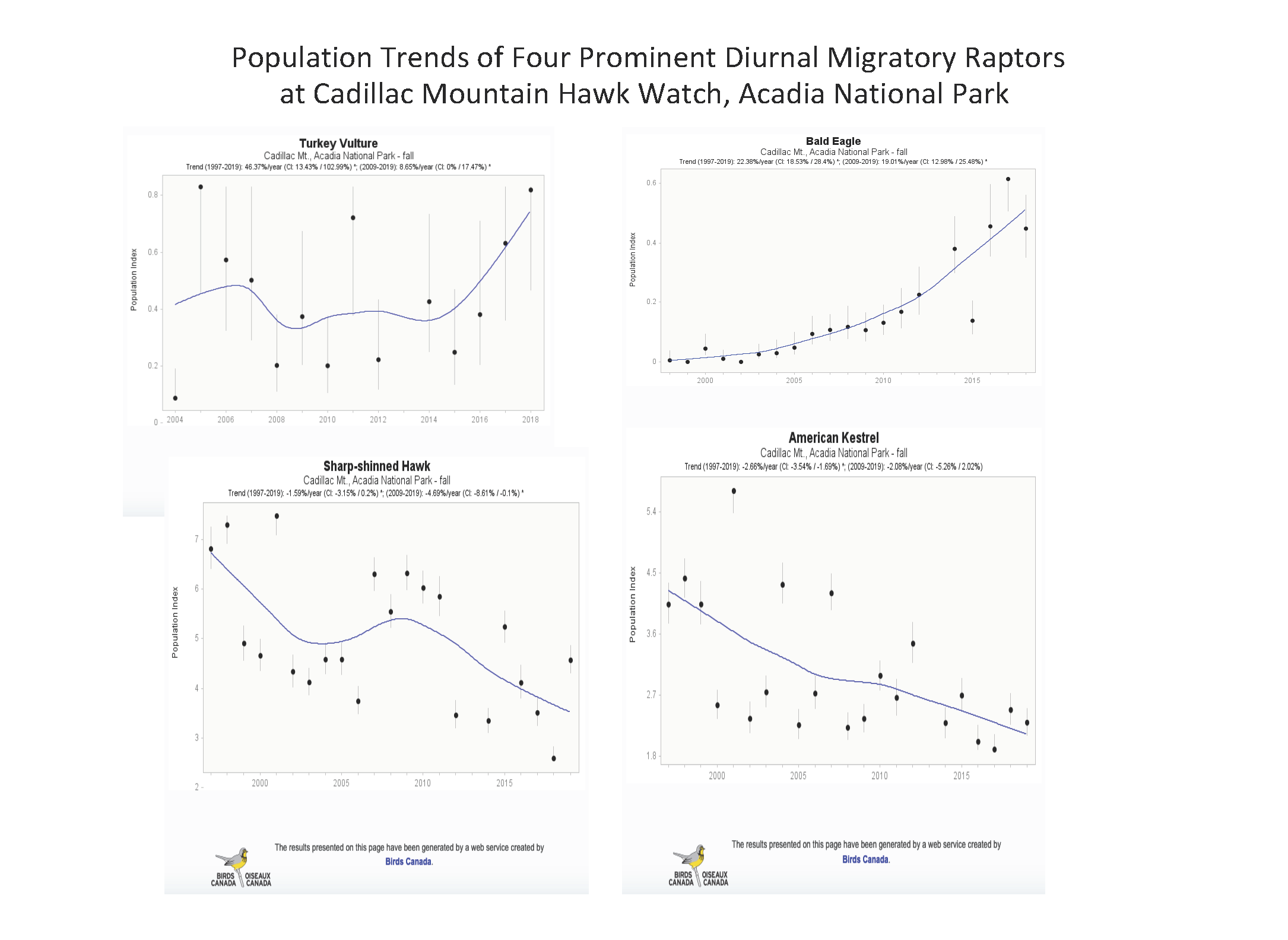