by Sarah Hooper and Bill Zoellick

Whew!  What a time we are in. On Thursday, March 12 we were still working with students to help them prepare for a presentation to clam harvesters. The following Monday, local schools closed. We now know that they will stay closed until the end of April and perhaps beyond that. However, the need to support teachers, kids, and learning goes on even when the buildings are closed.  We have good things to report, both looking back over the past two months and looking ahead.

In our last update, we described a project that we have been working on with the Town of Gouldsboro to bring down the cost of seed clams used to restore flats to productivity. Rather than buying one-year-old clams that are ready for use as seed, the town could purchase clams that are only a few weeks old, grow them over the summer in nursery trays, and then keep them alive over the winter for use as seed the following spring. If we can make that process work, the costs might be low enough to provide the town with the hundreds of thousands of seed clams it would like to have at a cost that is manageable. 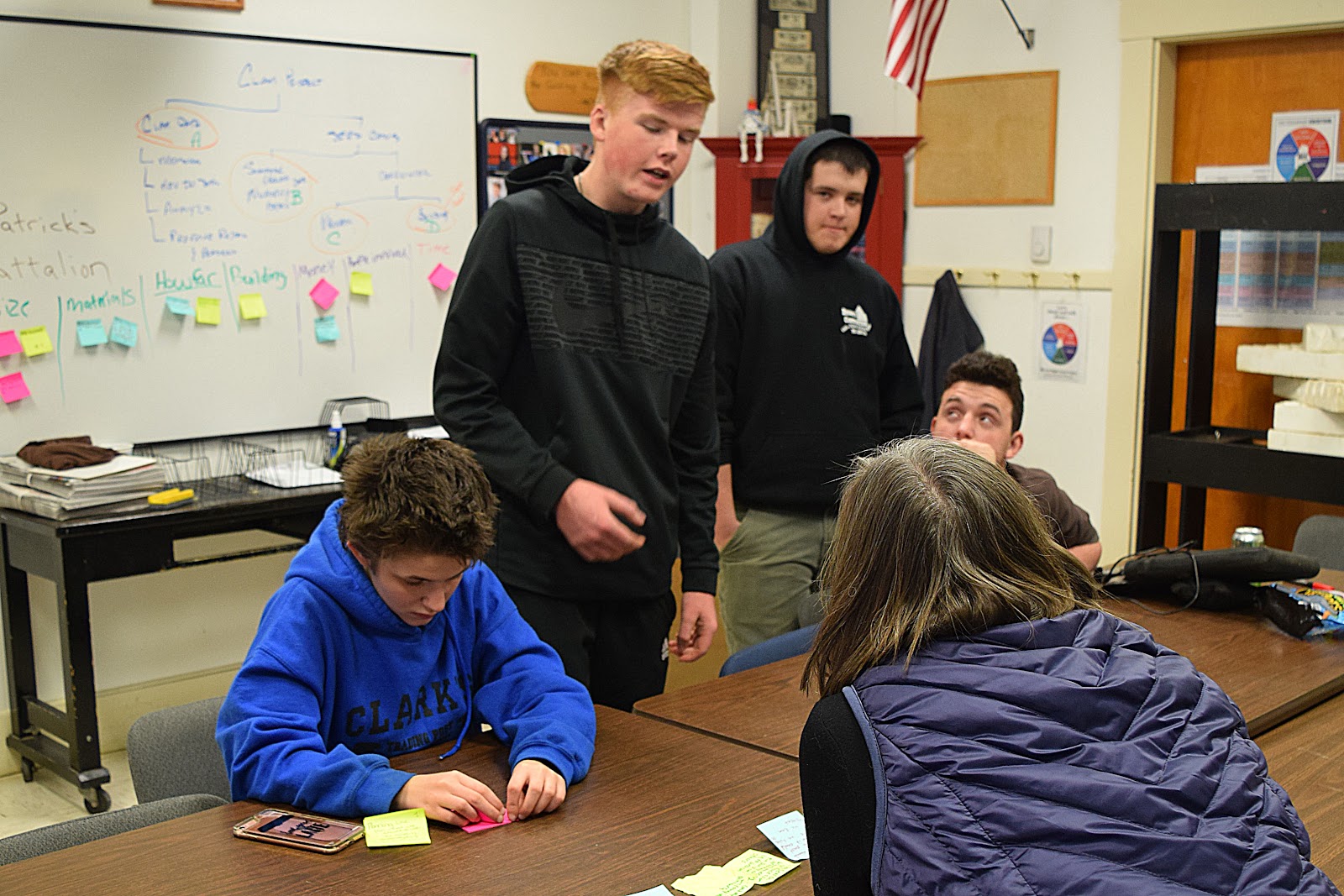 So, we did two things. First, working with Gouldsboro, we wrote a proposal to the Maine Shellfish Restoration and Resilience Project requesting support to build a small Shellfish Resilience Lab where the town, with the help of students, could develop the systems necessary to make this work, track the costs, and test and refine the idea. The second thing we did was ask students from Sumner Memorial High School’s Pathways program to help us think through the issues involved in building such a system. That’s what is going on in the picture above. On a whiteboard behind the students is a diagram that outlines the major parts of the project. Working in small groups, the students identified issues that might arise in each part of the project and captured them on sticky notes. In the image they are synthesizing the work from the different groups.

One of the top issues that the students identified was the need for a project plan. They recognized that the project involved a lot of different pieces. They also saw that some of these activities, such as presenting growth and predation data to the shellfish committee, involved deadlines. How could we organize all this activity so that everything would get done on time? So, the following week, we covered tables with paper that we turned into a big calendar with a slot for each week remaining in the school year. After an hour or so of discussion and moving sticky notes around, we had a plan that seemed like it could get everything done by the end of May.

By the time that students returned from winter break at the end of February, we were well on our way toward getting the project going. The students had measured and recorded data from the previous season’s clam growth experiments, worked with Mike Pinkham (Gouldsboro’s shellfish warden) on the design of nursery trays, and drafted an email to send to oyster farmers and shellfish hatcheries around Maine so we could learn from others about overwintering bivalves. 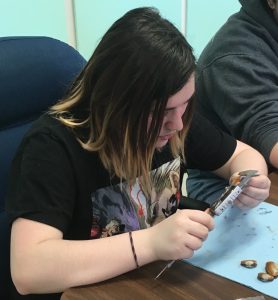 We also received some very good news: The Maine Shellfish Restoration and Resilience Project, which works in collaboration with the Broad Reach Fund, decided to fund the project! We told the students, this is no longer just something we might do … now we are really going to do it!

Shortly after that, we received news that a proposal that we submitted with our partners at the Downeast Institute (DEI) would also be funded. In that project, Schoodic Institute and DEI will be working with students at Narraguagus High School and Jonesport/Beals High School on clam sustainability initiatives that are much like what we are doing with Sumner High School and Gouldsboro. This gives us the opportunity to apply what we are learning in our work with Regional School Unit (RSU) 24, Sumner High School, and Gouldsboro to other towns and schools.

In early March, the two of us went to the Maine Fishermen’s Forum with Mike Pinkham to tell others about what we have learned in developing programs where schools and students play a key role in helping communities respond to the rapid changes in the Gulf of Maine.

After we returned from the Maine Fishermen’s Forum, we began working with the Sumner Pathways students on analyzing the data we had collected for the Gouldsboro Shellfish Committee about clam growth and predation. By the second week of March, as the students began shaping that analysis into a presentation, it was clear that COVID-19 was on their minds. By the third week, schools closed and moved to distance learning.

Since then, we have collaborated with the Pathways teachers at Sumner on plans to continue work with students through video conferences. At this time, we are not certain about when the Gouldsboro Shellfish Committee will meet again. So, the students will work with us on a way to present what the data have to say that will not require an in-person meeting. This is not an easy problem and so will be a good opportunity for students to wrestle with issues that they would not have encountered if they had been able to just stand up before the committee to present some slides. Unfortunate circumstances have the potential to open up new learning opportunities.

We are grateful to be able to continue to work with students during these difficult times to bring some closure to the hard, good work that they have been doing. But this is not an end; it is a beginning. As Pender Makin, Maine’s Commissioner of the Department of Education has said, there will be no returning to things as they were after we move beyond the COVID-19 crisis. Going through this together, we will learn things that will change how we teach and what we do in schools. Schoodic Institute — and, in particular, the two of us — look forward to the opportunity to work with parents, students, teachers, and schools to not only get through this crisis, but also to come out on the other side stronger and better able to meet the needs of all students.