“We are absolutely delighted that Nick has agreed to lead Schoodic Institute,” said Schoodic Board Chair David Ellwood. “The board has been impressed, amazed really, at what Nick has been able to accomplish during this five-month period, and we concluded we already had the world-class leader we were seeking.”

“We look forward to continuing our invaluable partnership with Schoodic Institute that is making significant advancements in science and education at Acadia and other parks around the nation under Nick’s leadership and vision,” said Kevin Schneider, Acadia National Park Superintendent.

Prior to becoming interim and now permanent President and CEO, Fisichelli previously served as Director of Science and Education for the Institute. He joined Schoodic in 2016 and established its Forest Ecology Program. 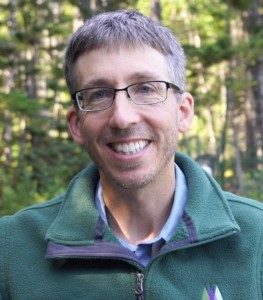 “Nick has proven to be a strong and compelling leader, a gifted scientist, and a committed educator with a passion for hands on, citizen science learning strategies. He has done vital research in leading our forest ecology efforts, examining how environmental change is altering our landscape, while looking for preservation and adaptation strategies. He has been instrumental in the transformative Second Century Stewardship initiative with the National Park Service. And on top of all of that, he is a wonderful human being,” said Ellwood.

Fisichelli stated, “I am honored to be in this leadership position and continue the great work of the Institute and partnership with the National Park Service. Parks protect our natural and cultural heritage and yet these places are changing rapidly due to a warming climate and other stressors. Our work is to understand these changes and engage people in the responses to foster a better future.”

Previously, Fisichelli worked for the National Park Service Climate Change Response Program developing and applying management-relevant science, including global change impacts to forests, plant and wildlife species, protected area operations, and visitor experience. He was a Fulbright Fellow in Germany and earned a Ph.D. in forest ecology from the University of Minnesota in 2012. He also previously worked at Shenandoah and Lassen Volcanic National Parks.