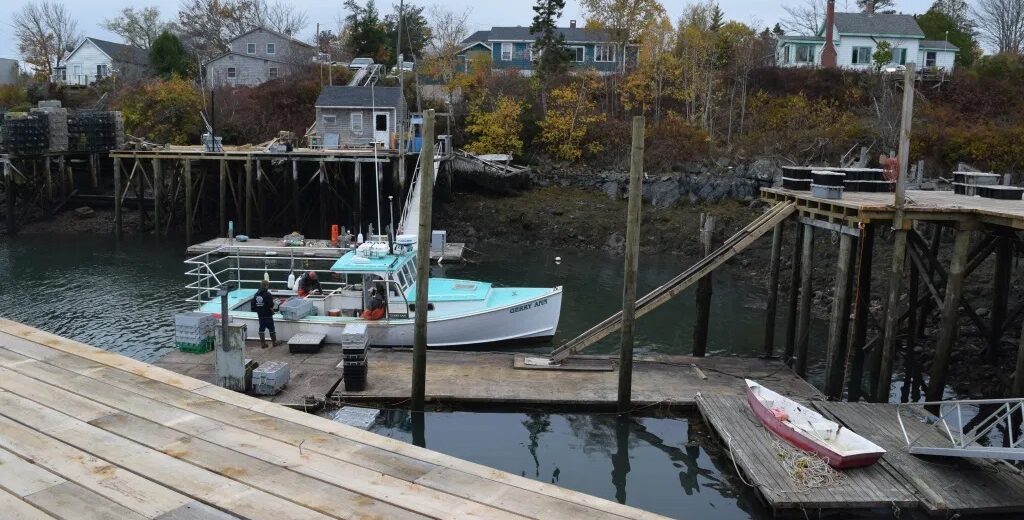 From Clamflats to Committees: Shellfish Co-management in Maine

I had just started my freshman year at College of the Atlantic when I first heard about shellfish co-management. My marine biology professor, Chris Petersen, was giving a lecture on fisheries in Maine, and he began to discuss the different ways that different industries are regulated in the state. He described community-based fisheries management and strong regulations, such as in the lobster industry, and then he started to talk about soft-shell clams.

The shellfish regulatory structure is unique: the state and individual municipalities work together to regulate and manage the resource: it is “co-managed.” In practice this means that the state sets baseline standards, and local jurisdictions or municipalities have the ability and flexibility to create conservation and harvesting plans based on these standards. The state controls closures due to water quality issues and algal blooms, sets the two-inch minimum size for market clams, and lays out requirements for enforcement and planning. The municipalities then decide their maximum clam size (if they choose to have one), how many licenses they sell, how many clams a harvester can take from a site in a single low tide, and much more.

Co-management gives fishermen, or in this case harvesters, control over their fishery, meaning that the people who will be most affected by, and likely most involved in, a collapse or a boom will be the ones helping to manage the resource. This fascinated me. If the system could be successful in clamming, could it be applied in other places? How could we transform regulation if the people most affected by it are involved in writing the rules?

When I was offered the opportunity to work with Schoodic Institute and Gouldsboro Shellfish Committee, I jumped at the chance to get my hands dirty (quite literally) and learn more about this fascinating system. I am spending this summer working at the Institute and with the local shellfish warden. One of my first tasks when I arrived was to attend the June meeting of the Regional Shellfish Network, a group of harvesters and enforcement professionals in Downeast Maine. They met to discuss a group of changes to the governance structure proposed by the Department of Marine Resources.

I was surprised to find significant tension within the group: many attendees felt that the proposed changes were standardizing the system and reducing the flexibility within it. This worried them–mudflats in Maine vary immensely from cove to cove, dooming a one-size-fits-all approach to regulation. Many of the members at the meeting were quite concerned about the loss of local control that seemed implicit in the changes. As regulation stringency increases, local control diminishes, creating tension and frustration among municipal regulatory bodies.

As idealistic as co-management is on paper, the realities of implementing and working within the system are challenging. Municipalities without the financial or personnel resources to maintain a system like this are handed a great deal of responsibility with less support than they need from the state. Often the required efforts are very expensive–a warden has to be hired–and time consuming–surveys, management plans, reports, and more are required to stay in compliance with the state, making co-management more costly than it may seem on paper. A part time salary for a shellfish warden, which may seem like small potatoes (just a few clams, if you will), to a state or federal administration, can cripple a town with little to no disposable tax revenue.

The tasks required to comply with various state regulations can also be challenging for towns. Permits, surveys, and reports require technical expertise that towns often lack. While this system has worked in the past, warming ocean temperatures, rising acidification, and increased predation are forcing towns to think in dynamic, out-of-the box ways. For some municipalities, this means looking to community-based aquaculture to reseed flats, for others it means putting conservation gear in the intertidal to minimize the impact of predators like green crabs. These things require permits from various government agencies, permits that can be tedious and frustrating to apply for.

The Department of Marine Resources, the acting state body in this case, is also overwhelmed. Wild harvest of shellfish including soft and hard shell clams, razor clams, mussels, and more; shellfish aquaculture; water quality regulation; and shellfish buying and distribution are all included under the umbrella of “shellfish” at the state level. By comparison, lobstering has a regulatory committee all to itself. This diverse group brings challenges and benefits along with it. Many perspectives are represented, but different groups have different viewpoints, incentives, and goals. This can often mean that even simple progress in one direction is challenged.

Despite the many challenges, co-management is still a powerful and dynamic form of governance. It gives the people who are most impacted by the regulations a significant stake in the process of creating them, as well as giving municipalities control over their resources with the hope of protecting food and livelihoods for generations to come. I don’t know if the system can be applied elsewhere, but it is most certainly worth a close look. 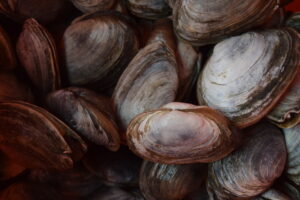