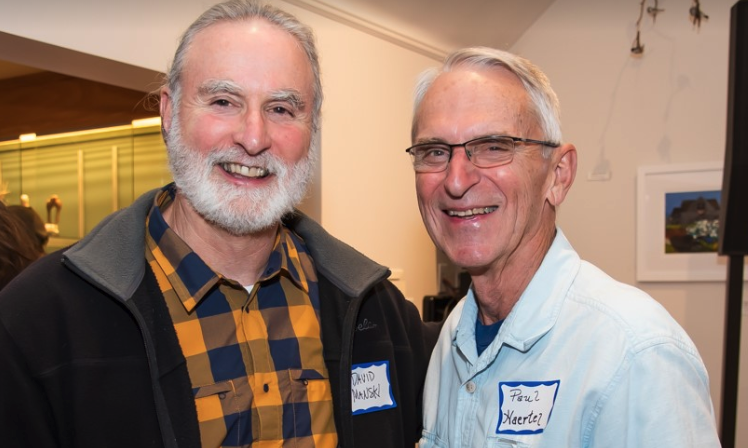 It saddens me greatly to share the news that former Acadia National Park Superintendent and Schoodic Institute Board Member, Paul Haertel, has died from cancer.

I had the great fortune of working with Paul in Alaska in the mid-1980s, and also as Chief of Natural Resources and Cultural Heritage during his tenure as Superintendent of Acadia from 1994-2002.

Among his many accomplishments as Acadia’s top manager, he oversaw the establishment of the Island Explorer bus system, the creation of an endowment for the perpetual maintenance of Acadia’s trails (now on the National Register of Historic Places), and the creation of what ultimately became Schoodic Institute.

As Superintendent, Paul endorsed my proposal to designate Schoodic Point as an official National Park Service Research Learning Center. He was a very strong advocate for science informing park management, and was very excited with the idea of transforming the closed U.S. Navy base into a hub for research and education. After Paul’s retirement, Sheridan Steele appointed him to the board of Schoodic Institute (then called the Schoodic Education and Research Center), where he served as a valued member until 2012.

Throughout his 40+ year career, Paul was at heart a park ranger. During his early career as a ranger, he, like all rangers of that era, had a much more diverse set of responsibilities compared to the specialized rangers of today. He conducted search and rescues, surveyed wildlife, fought fires, maintaining trails, led public walks and talks, and enforced park regulations. Those experiences rooted in Paul not only a love for parks, but a strong conservation ethic. Among his passions were spending as much time as possible in nature, bird watching, fly fishing, and hiking. Paul was also a skilled bird carver – a number of his carvings are on display at the Wendell Gilley Museum in Southwest Harbor.