Over the past week, we worked with middle school students in all four elementary and middle schools in RSU 24 to prepare them for the job of classifying and measuring all the crabs they captured during their fieldwork in early October. The students below, from Peninsula School, are checking on their ability to reliably tell the difference between male and female crabs.

Although we know that green crab populations are increasing over time in many areas, there is still much more to learn about questions such as whether larger crabs are more common at higher or lower positions along the tidal gradient or in larger or smaller seaweed patches.

Similarly, we don’t know whether male crabs or female crabs tend to be more common at different tide levels or seaweed patches of different sizes.

It is not just the students who don’t have answers to such questions. In general, there is much more to learn about green crabs and about how their population is changing. This year the students are beginning an exploration of these kinds of questions that we hope will continue for years.

Of course, the quality of their research will depend on accurate measurement and classification.  In the picture below, students from Ella Lewis School are working together to improve their ability to produce measurements that are both accurate and precise. 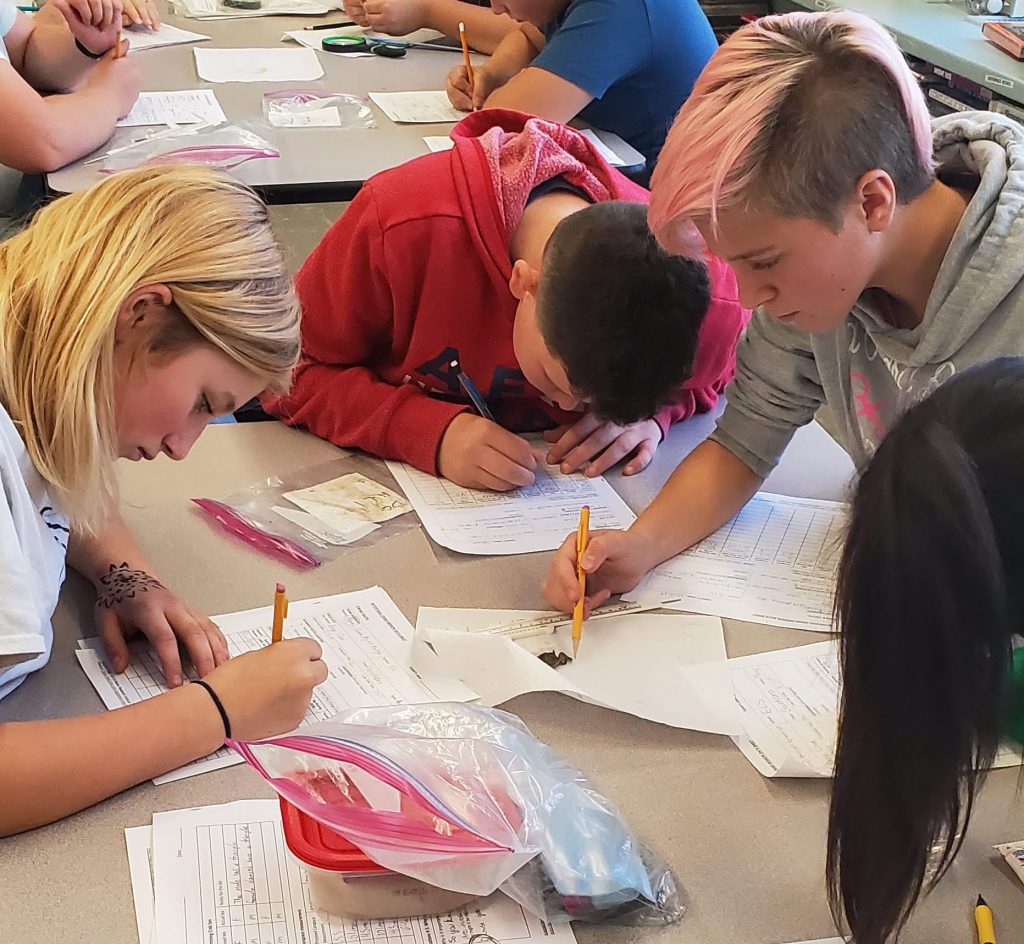 A few weeks ago we wrote about the students’ reflections on their fieldwork experience and noted that a number of students were concerned about not capturing ALL the crabs in the seaweed patch. So, in addition to helping students learn to classify and measure crabs, we also got them thinking about how they can collect evidence about a group of things — it could be a group of crabs, people, plants, rocks, and so on — without having information about every individual in the group.  The Peninsula School students in the picture below are exploring that problem by searching for Skittles (colored pieces of candy) hidden in a tray full of multi-colored pet bedding. 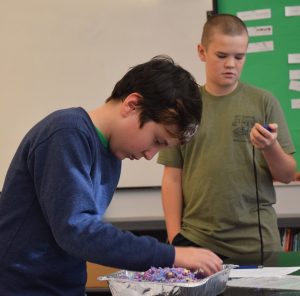 Learning to think about groups of things rather than just about the individual members of a group is a big, first step toward thinking scientifically. The students’ written reflections after this introduction, where they used samples to say something about a larger group, indicate that a good number of them now have the idea that there is some relationship between the sample and the group. However, they are also concerned that the relationship is not simple and precise. And, of course, it’s not. Making an estimate always involves error. Over the coming weeks and months we will ask students again, and in different ways, to think together about how they can make useful statements about a big system, such as a clam flat, after looking carefully at just a part of it.  This week was a good start; they are on their way.