by Olivia Milloway with photos by Josh Miner

As their name suggests, European green crabs (Carcinus maena) are native to Europe, but they aren’t always green; their carapaces–or top shells–can range from red to yellow to brown. European green crabs have been documented in North America for around 200 years and in Maine for over 100. People traveling across the Atlantic may have brought green crabs in the ballast of their ships. Ballast is sea water taken into a boat to help keep it stable and balanced.

Green crabs are found in a part of the coastline that exists between the constantly fluctuating high and low tides known as the intertidal. Because of their large numbers, green crabs have a negative effect on Maine’s third biggest commercial fishery: soft-shell clams. Communities have used a variety of methods to try to keep their clam harvest safe from hungry green crabs, including building fences around young clam beds so that the crabs can’t get in. Once the clams are big enough to be safe from a green crab’s small jaws, the fences are removed.

Green crabs also affect other shellfish growing in the intertidal, and scientists, fishermen, and shellfish farmers are looking for alternative management solutions to reduce crab numbers. One possible solution is creating an economic incentive to harvest green crabs. While there is currently no viable commercial green crab fishery in Maine, researchers are looking into useful products, like fertilizer, that green crabs can be made into.

On the Schoodic Signals iNaturalist project, 216 of the 333 crab observations have been European green crabs. While color won’t always differentiate them from other crabs, green crabs always have five teeth on either side of their shell and three rounded lobes between their eyes. If you find a green crab, or any other critter here on Schoodic Peninsula, help out the project by adding your observation to iNaturalist. 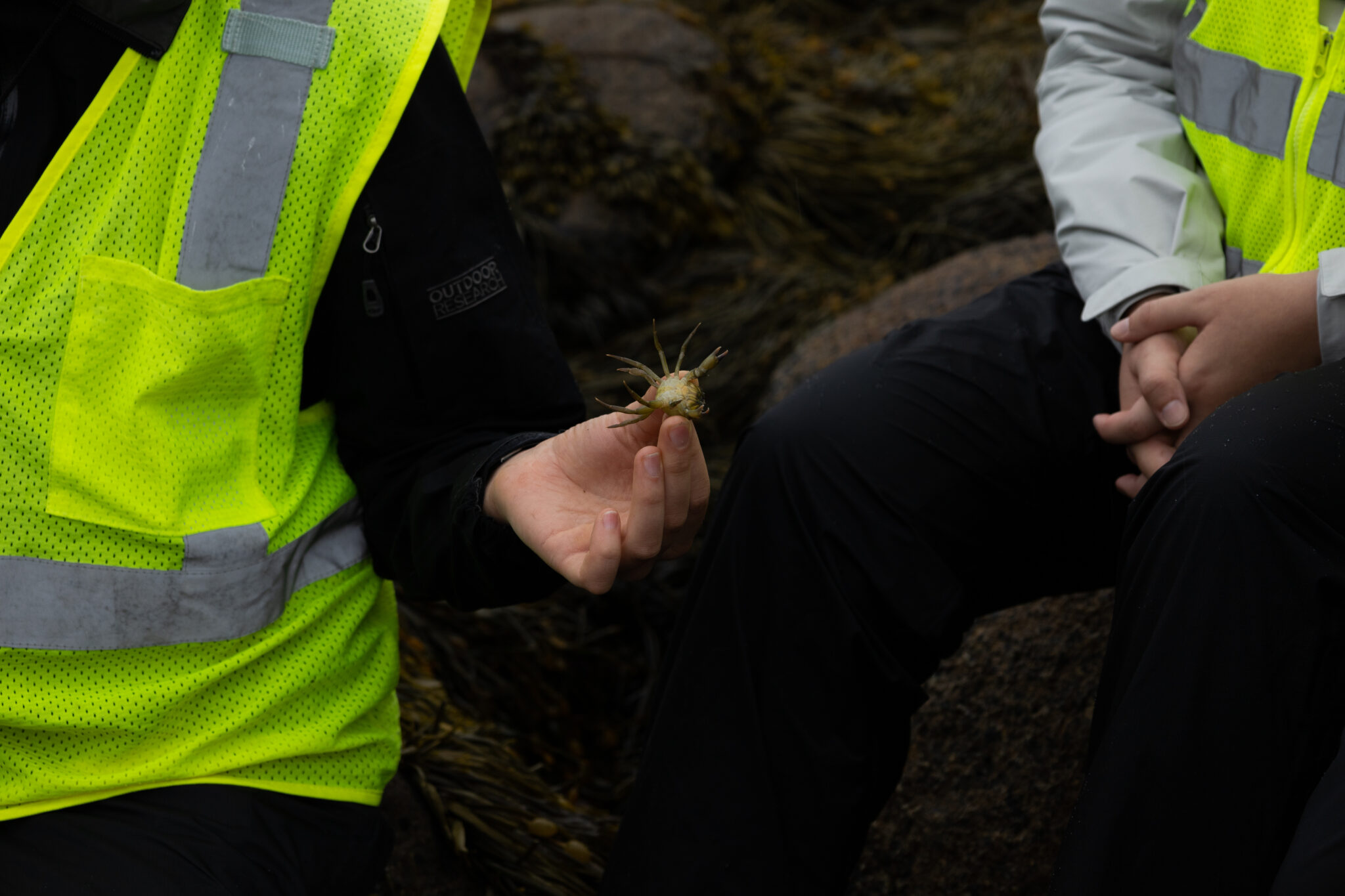