Do you know the Jack Pine?

The southernmost Jack Pine woodlands can be found in Acadia National Park. This tree grows on shallow, acidic, well-drained soils and bedrock outcrops like the summit of Schoodic Head. Beneath the scraggly and stunted pines is a layer of heath shrubs including blueberry and huckleberry. Elsewhere in North America, Jack Pine is known to be a fire-dependent species well adapted to disturbance. However, that may not be the case in coastal Maine, where Jack Pine woodlands have persisted in the absence of fire.

The future of Schoodic’s Jack Pine is unclear. Monitoring by Schoodic Institute-supported technicians and the National Park Service suggests the forest at Schoodic is in a “late successional” stage – it is an old forest.

According to the National Park Service, “It is more likely that for Acadia, harsh soil conditions and disturbance from salt spray helps to prevent trees from taking over areas where rare communities persist in the absence of fire. However, research has indicated that Jack Pine regeneration on Schoodic Peninsula has decreased in recent decades, while red spruce regeneration has increased.”

Help us monitor the health of Schoodic’s Jack Pine by sharing your observations to iNaturalist.

Learn more about Jack Pine from the State of Maine, and here is a guide from our friends at Maine Natural History Observatory to help distinguish Jack Pine from Pitch Pine. 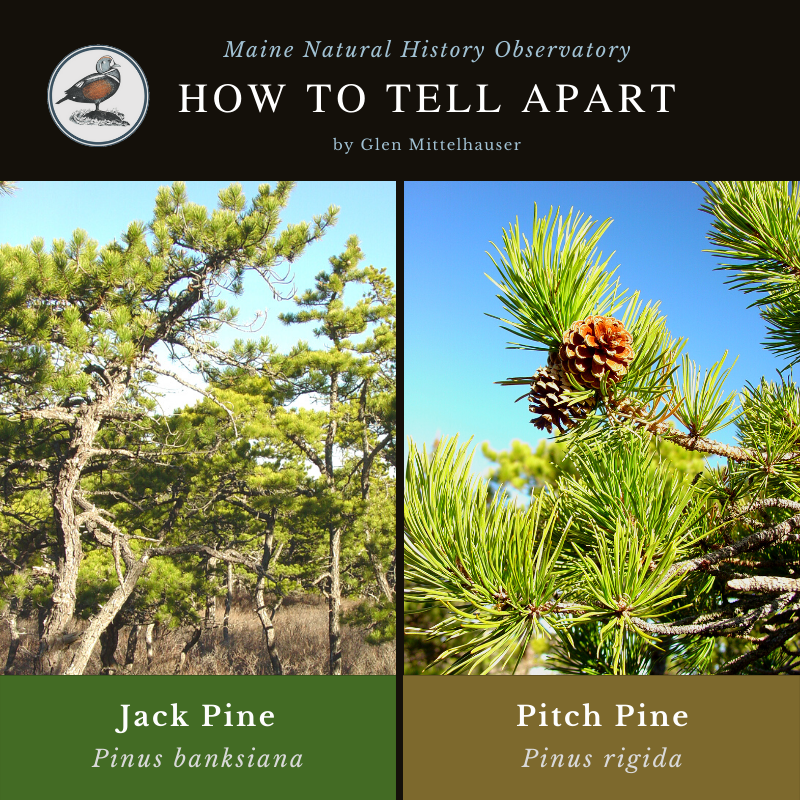