by Shannon O’Brien and Catherine Schmitt

Today is the International Day for Biological Diversity.

Given the peninsula’s extensive shoreline and proximity to the relatively cold Eastern Maine Coastal Current, the area may serve as “refugia” for cold-adapted plants and animals in the future as the climate continues to warm.

A diversity of scientists and volunteers have been contributing knowledge of animals and plants and seasonal changes on the Schoodic Peninsula through applications such as eBird, iNaturalist, and Nature’s Notebook, and during “bioblitz” events hosted by Schoodic Institute. This knowledge can enhance our understanding of what a changing climate means here, locally.

The 22 years of data in iNaturalist, collected by more than 1,000 individuals, totals 13,836 observations of 1,727 species. The most commonly reported species were 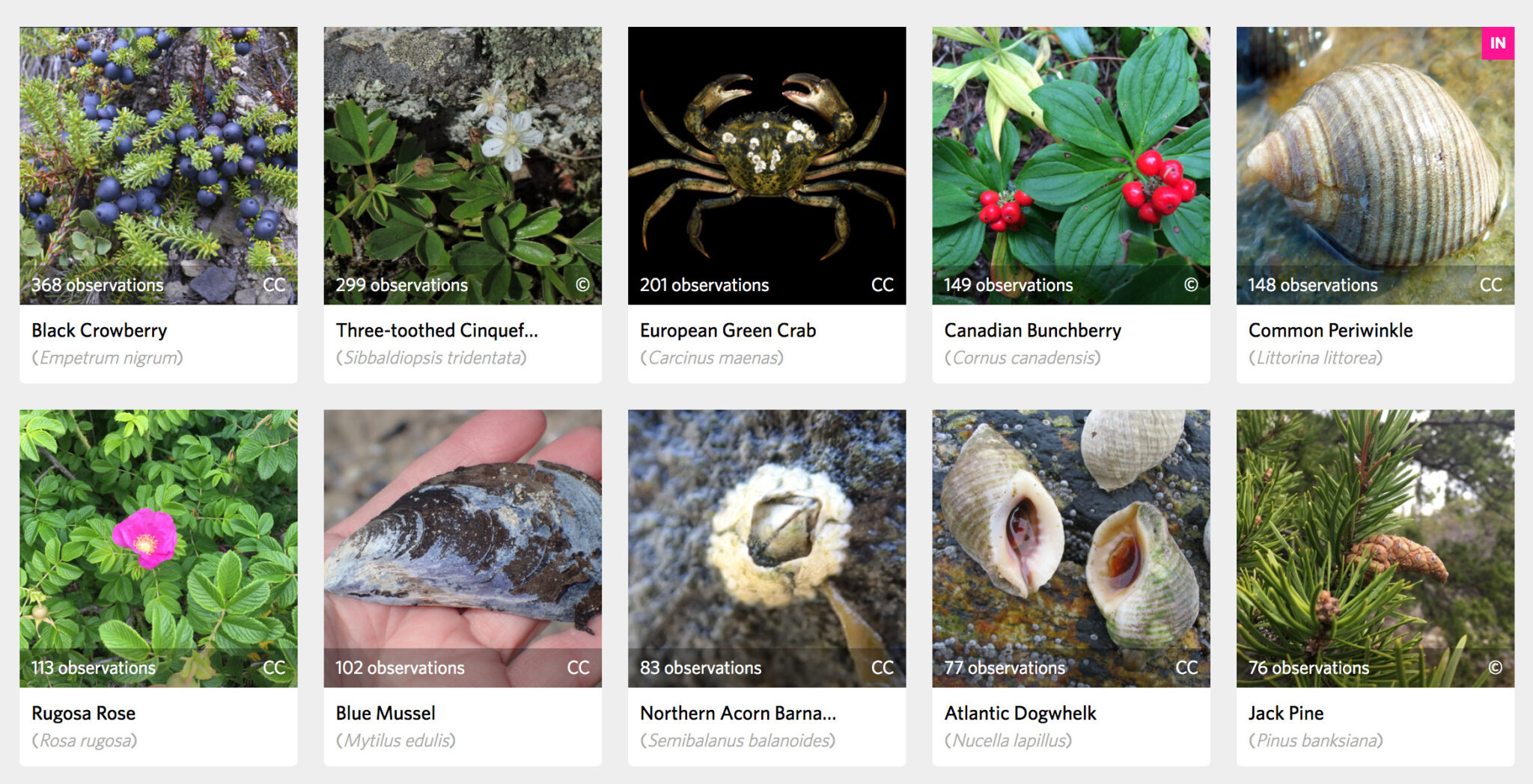 But to detect trends, we need more data, and we can’t pay attention to everything everywhere. We wanted to know, is there a subset of “indicator” species that the whole community can help monitor?

With support from the Schoodic Community Fund in 2021, we reviewed data on biological diversity on the Schoodic Peninsula. We conducted individual interviews with naturalists who are active in the region, and developed a list of potential “indicator” species that we then included in an online survey for residents and visitors about their current outdoor activity and knowledge and interest in ecology.

We distributed the survey through community channels in early 2022. We closed the survey after two months. In summary, we learned that:

We identified a need for:

A total of 55 people responded to the survey. Full-time year-round residents made up the largest percentage of respondents, followed by part-time residents and frequent or occasional visitors. A majority of respondents spend time outside daily on both public and private lands, and feel deeply connected to the environment of the Peninsula.

Near the end of the survey we asked, Which topics would you like to learn more about? Respondents could choose as many pre-listed topics as they like as well as write in their own interests. Four options showed over 70% of interest, listed from highest to lowest:

Over the next 12 months, we’ll be highlighting species that we feel are good indicators of the Schoodic Peninsula climate and are relatively common. In the meantime, continue to share your “signals” of Schoodic via iNaturalist and eBird.