If you take a walk through the forests of the Schoodic Peninsula in June, you’ll likely see a bounty of flowering plants. While most display their flowers proudly, Wild Sarsaparilla (Aralia nudicaulis) makes its beauty a little harder to notice.

Wild Sarsaparilla flowers rest below, rather than above, the plant’s leaves. Three globe-shape “flowers” are actually clusters of individual small white flowers that bloom in May and June. In late summer, each flower matures into a small, dark fruit resembling a tiny blueberry.

Wild Sarsaparilla can grow up to 1-2 feet tall and spreads through rhizomes, which are closer to modified underground stems than they are the roots you might imagine growing beneath a tree. Rhizomes grow horizontally underground until they pop up out from the surface, sprouting into what looks like a new plant. Although these new stems seem to be unique, they are actually all connected underground via rhizomes and are genetic clones of one another. The presence of Wild Sarsaparilla indicates a healthy forest with undisturbed soils.

Wild Sarsaparilla’s rhizomes are known to have a “sweet, aromatic taste” and are sometimes used in the making of homemade root beer. Additionally, studies have shown that extracts from wild sarsaparilla have anti-cancer properties.

Wild Sarsaparilla has already been recorded 76 times on the Schoodic Signals project on iNaturalist and you can record it the next time you see it. 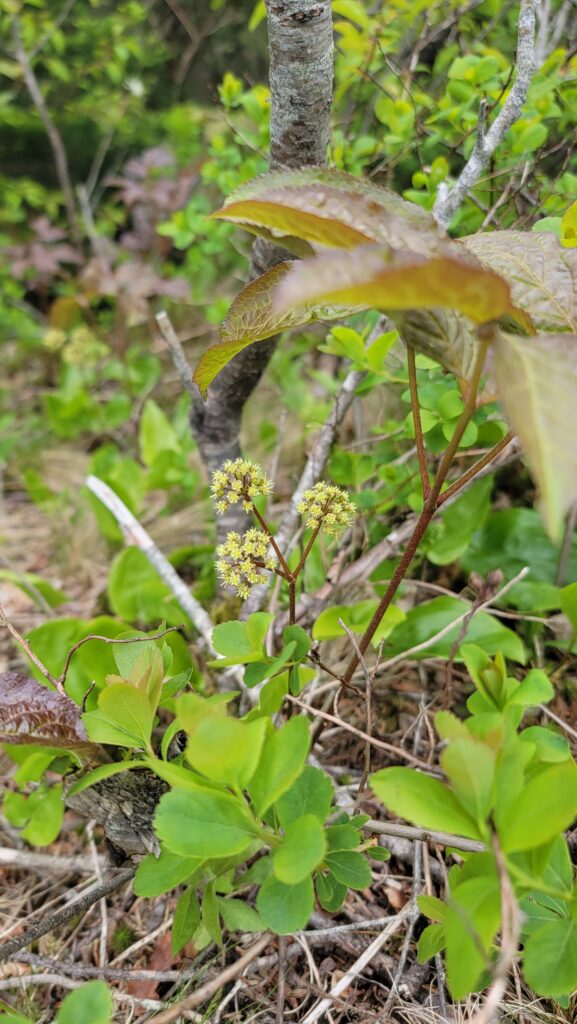