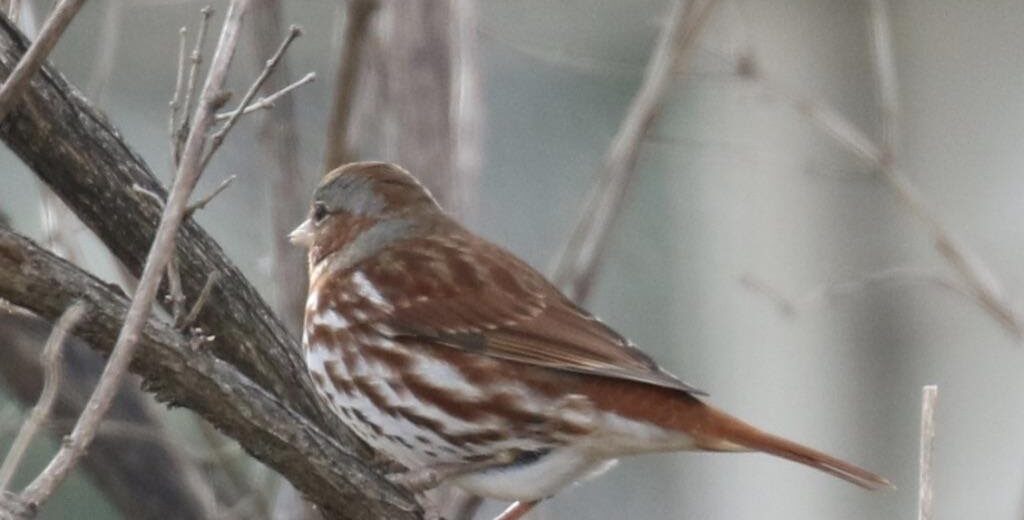 Send us your Fox Sparrow sightings

Reports of Fox Sparrow (Passerella iliaca), a relatively large and robust sparrow,  are new to Maine’s eBird reports this week. These reports indicate that migration is right on cue for this species in Hancock County (Maine) this year. On March 14, a single bird was reported just a mile or so from the Schoodic Peninsula, and a high count of four were reported by yard watchers in Blue Hill.

However, surprisingly few Fox Sparrow have been reported on the Schoodic Peninsula since the inception of eBird (1980). Of the 15 checklists reporting the species, just two are spring sightings and those two occurred one year apart to the day on April 9 in 2018 and 2019. The remainder of reports are from November through January.

Look for them on the ground in or near brushy thickets, and along with other sparrows scratching leaf litter in yards between now and mid-April.

Send YOUR Fox Sparrow sightings this spring to sbenz@schoodicinstitute.org, especially if you are not an eBird contributor.