Where lichen grow to great heights

Across northern Alaska, where the forest gives way to scattered dwarf trees and shrubs across a vast tundra, much of the land surface is an uneven mat of plants, mosses, liverworts, and lichens. Lichens, which are really fungi-algae partnerships, form the dominant vegetation in Arctic and alpine environments and contribute to the cycling of carbon and nutrients. Lichens are the preferred food of caribou, especially in winter.

The Western Arctic caribou herd ranges across an immense landscape of northwestern Alaska that includes several national parks, preserves, and monuments (Gates of the Arctic, Kobuk Valley, Noatak, Cape Krusenstern, and Bering Land Bridge). Because of the caribou’s importance to human culture and survival, wildlife managers with the National Park Service and Alaska Native communities need to understand how a rapidly changing climate may be affecting the lichen that grows in caribou grazing areas.

Peter Nelson, now Forest Ecology Director at Schoodic Institute, and Emily Holt of University of Northern Colorado used a dataset of more than 7,800 lichen height measurements from more than 400 locations throughout the Arctic Network of National Parks to learn how individual lichen species respond to temperature, light, moisture, fire, and grazing pressure.

“The cultural significance of caribou to Arctic communities is hard to overstate. It is life for many people and without caribou, they cease to be who they are,” said Nelson. “This is why it is so important that we understand how climate change is affecting the caribou’s food sources.”

Their analysis, published in the journal Polar Biology, suggests that lichen biomass is most influenced by sunlight. With enough solar radiation, the algae part of the lichen organism can maximize photosynthesis and grow to relatively tall heights.

“We were surprised how strong the relationship to incident radiation was relative to other factors like temperature or moisture,” said Nelson. Variation in solar radiation due to cloudiness, reflectivity of the atmosphere and other feedbacks may change, but in the shorter term, other factors may come into play to impact lichens in the Arctic. Fire, soil warming, shrub encroachment and soil texture all interact to influence what trajectory lichen communities will take.

Lichen depth varied greatly across the study area indicating large variation in the biomass available for caribou. Nelson and his colleagues are now focused on expanding land cover estimates of the lichen species important for caribou across Alaska, connecting vegetation to soil and permafrost features through accurate maps using imaging from the ground, from the air via UAVs, and from NASA’s sensors around Alaska. 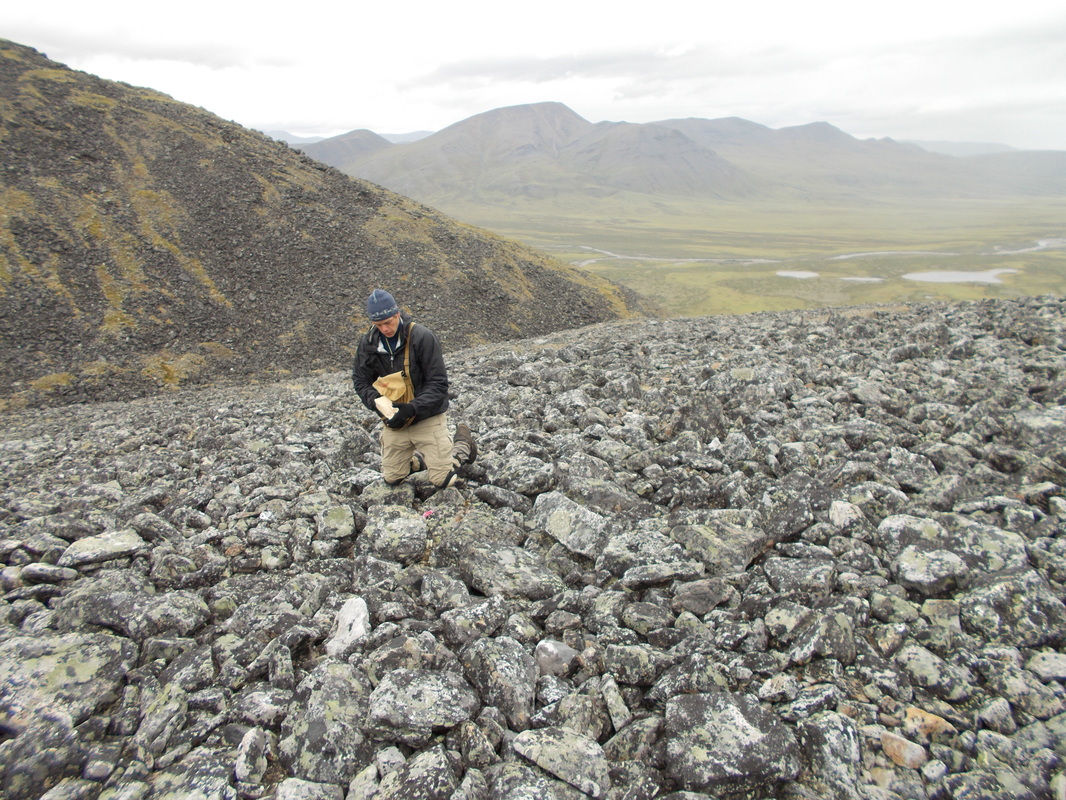