Landscape of change: Year one results

Launched on April 19, 2021, Landscape of Change is a collaborative project with Mount Desert Island Historical Society, Acadia National Park, College of the Atlantic, MDI Biological Laboratory, and A Climate to Thrive with the goal of publishing and compiling historical records on the Mount Desert Island environment, and comparing these with contemporary data to document change over time.

The Year 1 Final Report presents a summary of 2021 activities, the results of analysis of bird and insect diversity trends, and recommendations for continued work.

Here are some highlights: 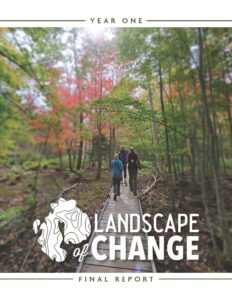